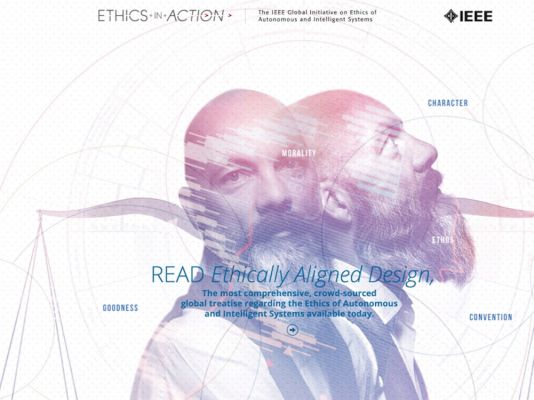 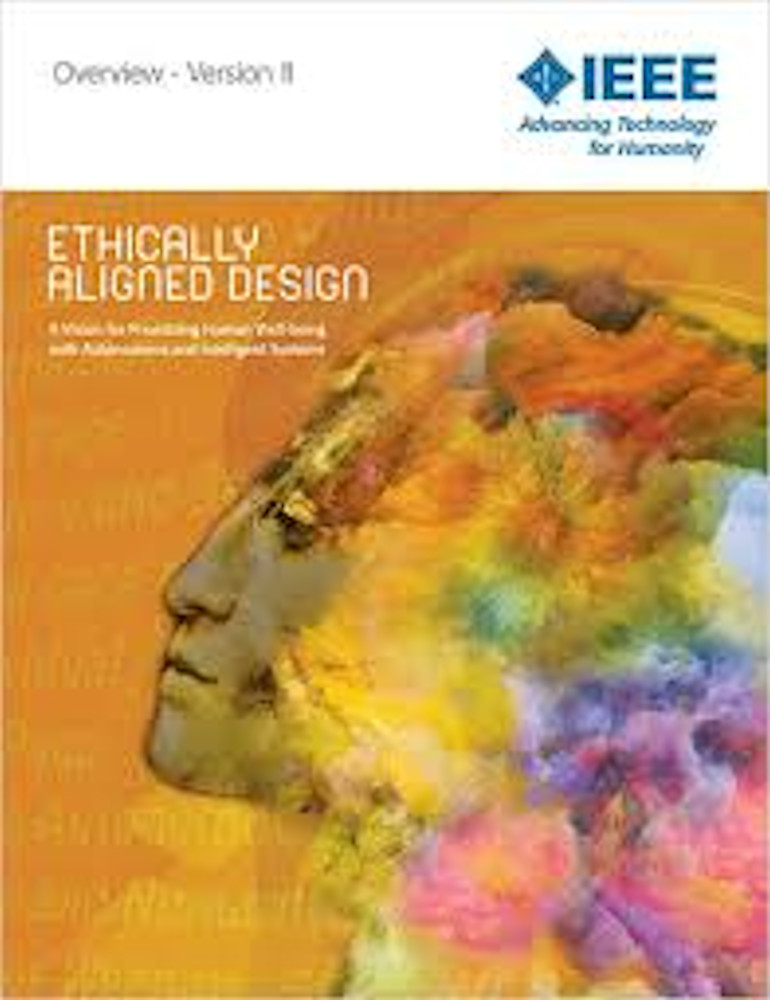 In 2016 I joined a global initiative called “The IEEE Global Initiative on Ethics of Autonomous and Intelligent Systems” that has been aiming to bring together experts on how we can build better IT systems; that is, more “ethical” systems based on human values that are able to foster human wellbeing.

IEEE is the world's largest engineering association with about 420.000 engineers as members. Leaders of the organization had found my 2015 textbook on “Ethical IT Innovation” where I explain what values are, describe many of them in detail and show how to think about ethics in all stages of a system’s development life cycle. IEEE convinced me that bringing this knowledge and thinking to the organization would be a wonderful way of making academic work fruitful in the practical world of standards and businesses and so I joined the ethical initiative.

In fact, IEEE’s Ethical Initiative is organized by John C. Havens, headed by Prof. Raja Chatila, one of France’s leading professors in robotics. It is heavily supported and promoted by IEEE’s standardization director Konstantinos Karachalios, Ph.D. With their support, the Initiative could ramp up far beyond 1500 experts worldwide who share in the vision that digital ethics is key if we do not want to compromise the good life and freedom of future generations. In 2019 the first big report on ethical principles will be published and I am very proud that I could contribute to it in various places from its earliest conception onwards; thereby meeting a great of community of people, academics colleagues and business consultant’s whose insights and knowledge have greatly benefited my own understanding of digital ethics.

My most important contribution and ongoing work with the Initiative emerged in the summer of 2016 when I set up the proposal for the so called “P7000 Standard”; IEEE’s P7000 Standard is the world’s first “Model Process for Addressing Ethical Concerns during System Design”. I became its Vice-Chair in 2016 and was the initial Technical Editor. I largely authored the first three drafts in 2017 and 2018 (0, 1 and 2) that were informed by at least 50+ workgroup calls and the ethical computing literature. Starting in 2018 the 7000 standard went through larger and formal ‘comment request’ cycles. I continued to accompany the project officially chaired first by John Havens and then by Prof. Ali Hessami; former Chair of IEEE UK. In 2021 the IEEE 7000 Standard will be launched (hopefully) as it already reached a majority of over 75% in the 2020 balloting process. 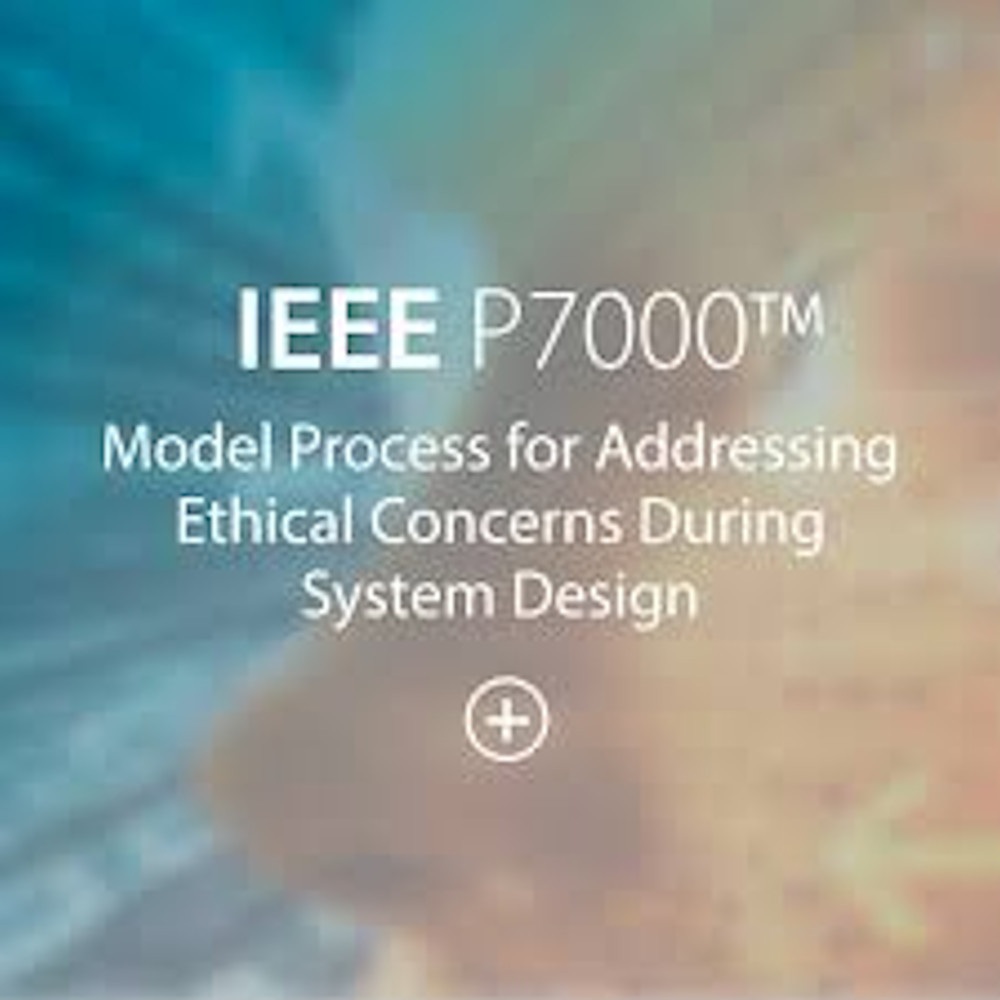 That said, P7000 is not the only standard IEEE has put forth on the back of its Ethical Initiative. In fact, is has started to potentially come up with 14 standards, the so called P7000 standard series, treating diverse issues of ethical system and software engineering; including transparency, machine bias, child protection, etc.

All chairs of these diverse standard initiatives met in Dubai in early 2019 at the World Government Forum and exchanged views and experiences of their efforts. Hopefully many of them will strive. 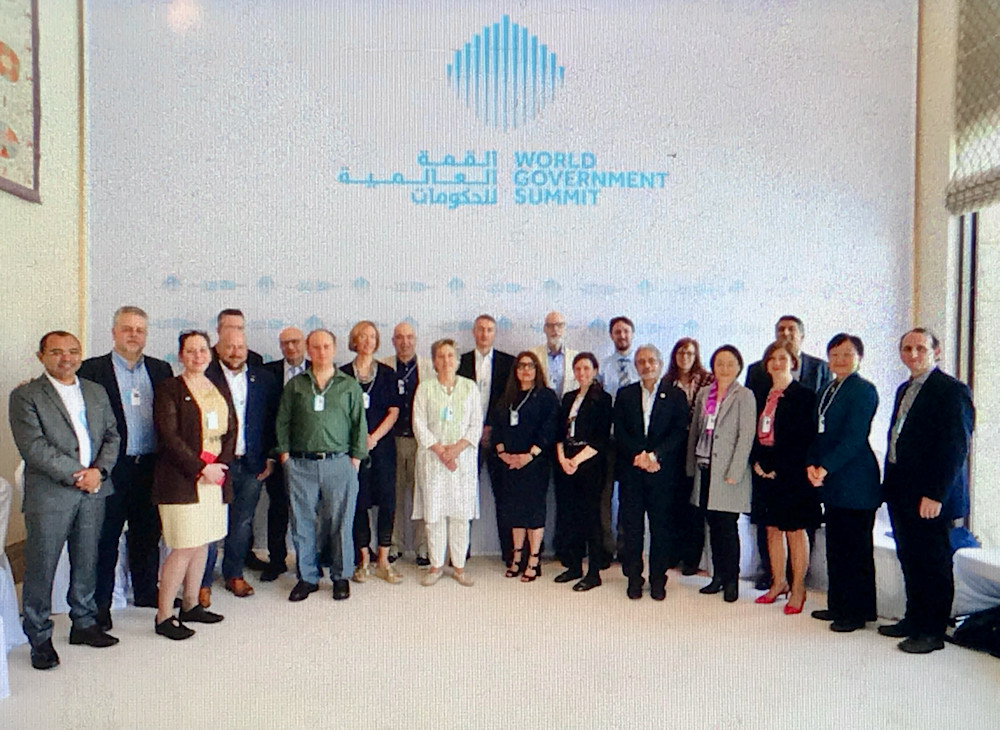